2017 was a big year for us with a number of successful projects under our belt including writing our second book Building High Performance Agile Teams, adding more great people to our team and launching our new Made Tech Academy initiative.

As exciting as everything was, it was also an incredibly busy time. Technology and software delivery moves so fast, we faced new problems and challenges every day and it can sometimes become impossible to follow everything going on. We realised one project in particular wouldn’t have encountered specific pain points if the team’s skill set had been different and more engineers were React specialists. Once identified, we knew that while we could change the makeup of future teams to get better outcomes, it wasn’t enough.

We already had Made Tech ‘learning days’ that were organised along customer engagements, and required deliverables to be produced in one day. These took place every six-to-eight weeks, but there remained a small, skills gap. So, towards the end of last year, we reviewed where things were going over the next six-to-twelve months and decided that we needed to be more ‘hands-on’ to get our team to perform better.

We therefore developed the LearnTech initiative – a weekly half-day internal training session where we look at gaining skills that would be of most value to the company.

The sessions adhere to a learning pattern of five or six 25-minute pomodoros followed by five minute breaks; each team then presents a showcase demonstrating what they’ve learnt and teaches something small to everyone else.

Every other week, three groups do a second showcase of customer-focused work, exhibiting what they learned in previous #LearnTech sessions and later applied, so that everyone understands and crucially, doesn’t fear practical application. Initially the focus of #LearnTech was on TDD and test design, however in January 2018 we added web application, React and blockchain (specifically how to test drive these technologies).

We also intend to further add front-end development, Java and JavaScript to improve polyglotism within the team. We’re purist about delivering working software and our previous ‘Made Learning Day’ format made deliverables a key component as a result of hacking together.

This worked well for learning new languages, new tools or trying out e.g. writing games software. However, we noticed that learning hard skills, such as Test Driven Development, which required teams to rewire their muscle memory meant that teams couldn’t always deliver and made people feel dejected.

This ultimately detracted from us being able to make progress during the Learning Day. Switching to LearnTech, deliverables (in the form of software) are not the emphasis so the team can instead focus all their attention on upskilling. 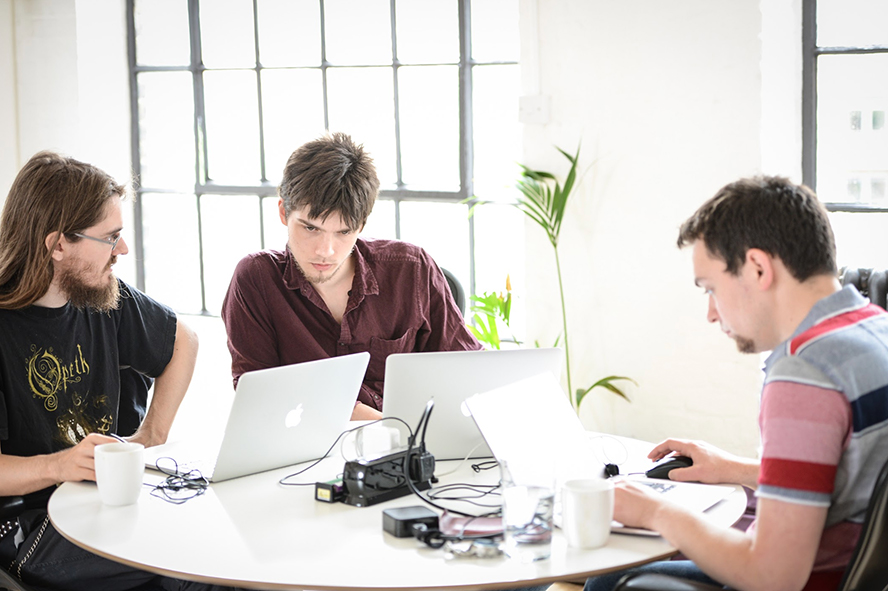 Results and the future

Learntech began as a team-led initiative with materials being provided, however it progressed to a level of self-sufficiency where everyone is responsible for their own learning. We also use it as a way to onboard new staff by training them in our methodologies efficiently and effectively and integrate them into the Made Tech culture:

LearnTech helped me understand the kinds of things people wanted to learn to use on projects and gave me access to something I don’t normally work on (blockchain), which has been great for getting me to grips with the core concepts.
Having my peers actively admit the things they didn’t know – even simple things – helped me do the same. It helps us ‘learn to learn’, which is a very important skill in fast-moving tech. It also means we all get together and often socialise afterwards, so I don’t feel distant from people.

The life cycle of the programme ensures skills are gained quickly and regularly, improved through application on consumer projects and eventually mastered so engineers can pay it forward.

This cohesion and collective responsibility means that within six months our team has already gained new skills, reduced technical debt and increased positive outcomes. #LearnTech has been such a success with the core team, we’re now looking into how it can be scaled and incorporated into the Made Tech Academy and accessed by clients.

At this stage, we have a show-and-tell model with accountability loops. We run frequent team or client-based showcases to show progress and share what we’ve learnt, so we need to ensure this remains practical and achievable when projects and teams get bigger. There also needs to be some thought around how to prioritise topics, when to switch between skills and ongoing assessment of learning through beta testing.

In the meantime however, #LearnTech has helped exponentially on client projects; smoother processes, reduced unplanned work, increased quality assurance and confidence of each of our teams has greatly improved customer satisfaction. Win win!