At Made we’re very keen to have our deployments run as safely, quickly and as easily as possible. When you’ve worked on a new feature for a project you want to get it in the hands of the client and end-user at the earliest possibility. 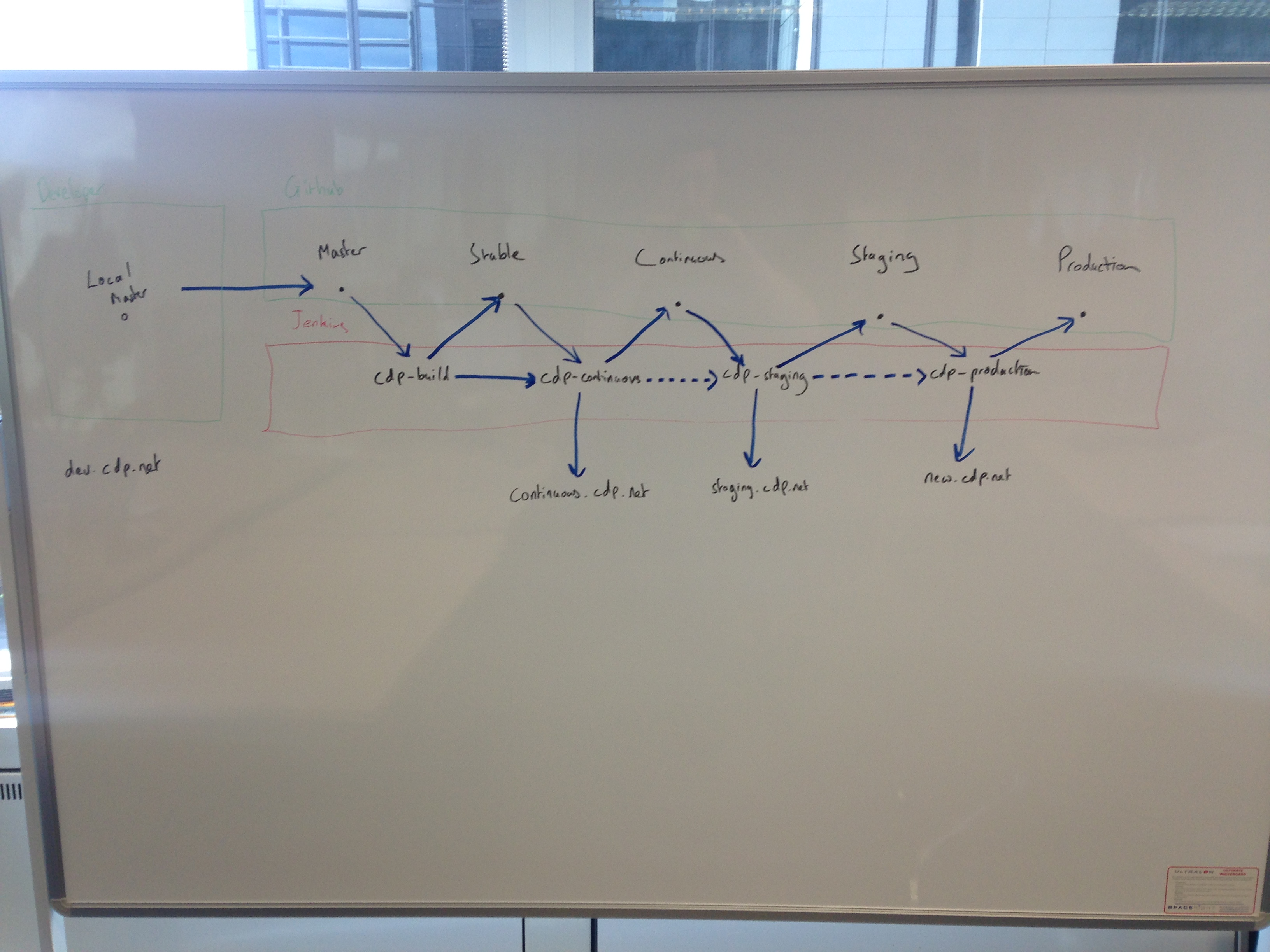 To do this we use a couple of practices: Continuous Integration and Continuous Delivery.

Commit early and often is something you hear being preached at Made a lot. The smaller the chunks of work you develop on during the day, the more you can be keeping in sync with your git repository without the increased risk of having painful merge headaches.

Each time code is pushed into the respository, automated tests are run so that if they fail, you’re aware of any errors at the earliest opportunity. This lets you act on them fast. If errors happen—and they do—going through smaller changesets means you’ll be able to resolve an issue quicker.

The general idea is that all code that is pushed into the repository should be in a state that can be deployed at any time. Knowing a feature is ready, normally means having a test to ensure it works as expected.

If a feature isn’t quite ready then it should be hidden from the end user and/or have a feature switch. This is known as a dark launching.

Once the repository has all of its tests passing for the codebase, get it automatically deployed to an environment in a single easy step. Having deployments in a repeatable condition makes them quick and easy. It also allows you to iron out any issues with your deployment strategy nearer the start of a project.

Jenkins is the glue that allows us to bring both of these practices together.

The flow that we use at Made resembles a pipeline. The general flow is as follows:

To build this flow in Jenkins we use the Build Pipeline Plugin.

We create a number of Jenkins jobs that represent each stage. For an example project named falcon, we create the following jobs:

Once all of these Jenkins jobs are created for the steps in the flow, we need to create the pipeline view. From the Jenkins dashboard—where you’ll see all of the jobs you’ve just created—click on the + icon, and select ‘Build Pipeline View’ and give it the name falcon.

For the initial job, select falcon-build. This is the first step in the pipeline. The plugin will then automatically be able to figure out the pipeline based on the post-build steps, both automatic ones (as used for continuous) and manual ones (for staging and production). It’s a nice idea to set the number of display builds to 10 or more so that you get a short historical view of the flow.

Once that’s all done, you’ll have a nice pipeline setup in Jenkins! When you next push some code up, you should see the falcon-build job run automatically. Upon passing, falcon-continuous-deploy will then run. At this point, it requires manual intervention to deploy to the next step using the build button in the falcon-staging-deploy box. Same deal with production.

We really love using this workflow at Made, and have noticed big improvements in speed of delivering our projects. If you need to convince someone higher up the chain, share the big benefits with them:

Senior Technology Adviser at Made Tech. Code, coffee, cake and Eurovision. In no particular order.